Q-Free Traffic design implemented four new bicycle counters with additional LED displays on four busiest bicycle paths for the Municipality of Ljubljana. The system uses established piezo-electric sensor technology to detect bicycles in dedicated cycle ways. Unique algorithms are used to measure the axle count, speed and wheelbase to distinguish true bicycles from other traffic including child scooters, motorbikes and mopeds. Cyclists are informed about the daily and yearly volume of the traffic via two variable message signs located at counting site.

Counting initiatives show that level of bicycle activity is increasing nationally but vary significantly, due to differences in infrastructure, neighborhood socio-demographics, urban design, land use, and other characteristics of the built environment. Measures of bicycling patterns, such as peak hour traffic and average daily bicycle traffic, could be used in planning and management to estimate daily or annual traffic, compare mode share, or design facilities. Counts can be used to estimate demand for facilities, the potential benefits of investments, and the need for traffic control modifications.

Send us a message 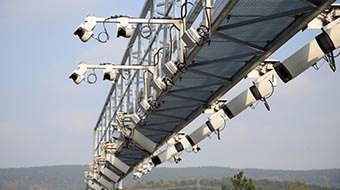 On April 1, 2018 the Electonic Toll Collection System on the entire Slovenian motorway network was introduced for vehicles heavier than 3.5 tons. Q-Free was selected together with Telekom Slovenije as a consortium partner. 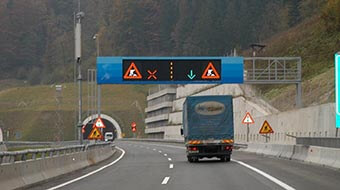 With the introduction of Traffic Management Systems on Slovenian roads, Traffic Design opened a new chapter in the development and offer of modern Intelligent Transport Systems (ITS) systems in road traffic. 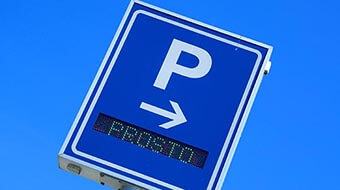 Traffic in cities is constantly increasing. Due to the growth in traffic particularly in urban areas, there is an increasing need for areas with stationary traffic. Parking surfaces have to be arranged as evenly and reasonably as possible, due to the need for the rational use of space in cities.

You can find out more about which cookies we are using or switch them off in settings.

This website uses cookies so that we can provide you with the best user experience possible. Cookie information is stored in your browser and performs functions such as recognising you when you return to our website and helping our team to understand which sections of the website you find most interesting and useful.

Strictly Necessary Cookie should be enabled at all times so that we can save your preferences for cookie settings.

If you disable this cookie, we will not be able to save your preferences. This means that every time you visit this website you will need to enable or disable cookies again.